The Birth of a Roaster

So how do you start building a roaster?  The purpose of this blog was originally to showcase how the Genio’s are crafted to the machines they are today.  In the next few months, I’ll follow the life-cycle of a roaster from design to final delivery.  Although each machine is unique, they start out in sets of 3 units to keep down costs and manufacturing time.

Each new production run starts out with ordering 1116 pieces of laser cut steel, with a total weight of just over 1 ton. The steel takes around 2 weeks to be cut and bent, and arrives at our doorstep on palettes.  Our forklift then moves the palettes to the storage shelves where they await welding.

While the steel is being cut, we start ordering various other parts, depending on their respective lead times.  The German fans are ordered a week before the steel since they have a 5 week lead time.

The second part that we order, are the roasting drums.  The drums are pre-cut, seamless 350mm long, 347mm diameter, 5mm thick mild steel pipe sections.  They come from large storage yards where the pipes lie outside in the wind and weather.  They arrive at our premises rusted and very far from presentable.  However, as with most large steel sections, the surface-layer of rust has not penetrated the steel and the actual structure is still in perfect condition. 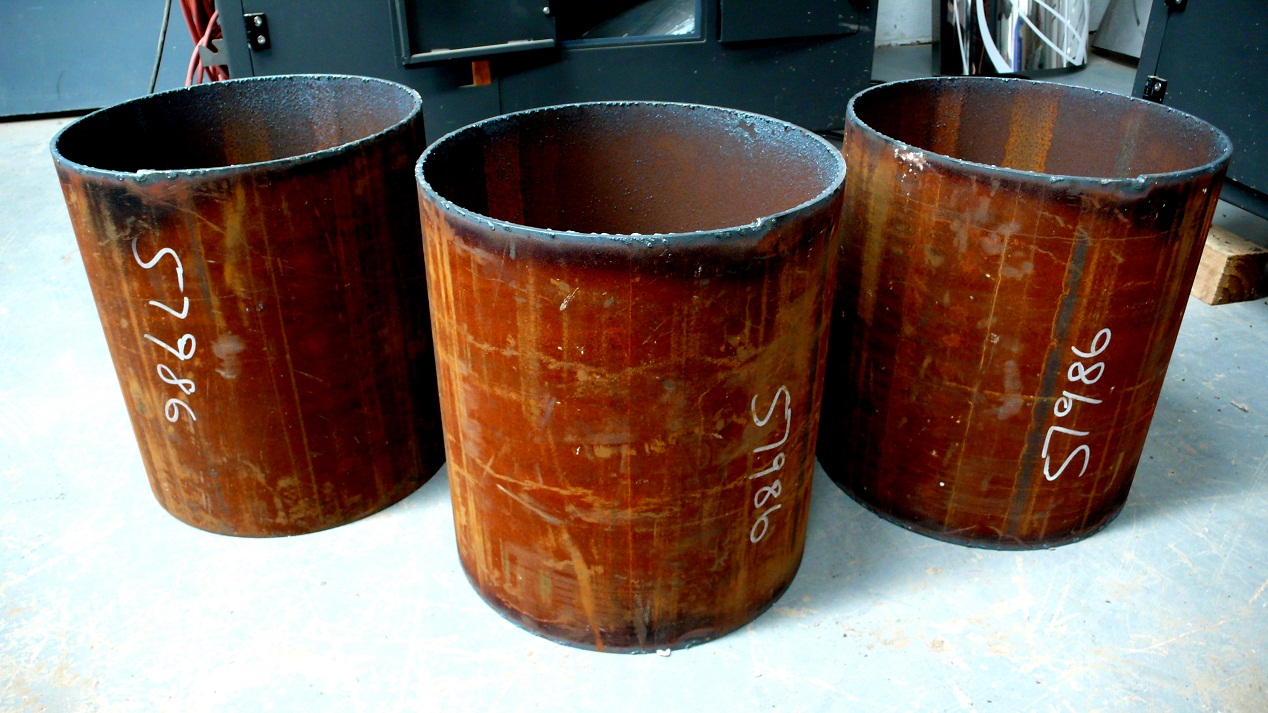 Our biggest problem with the drums is actually not the rust, but the way in which the pieces are cut.  These pipe sections

are cut with large grinder blades, which gives a very rough and uneven cut.  The resultant cut is also work-hardened, which means that its molecular composition is different near the cut than in the centre of the piece.  Extreme heat from the cutting-method causes this work-hardening, which can have a very big effect of it’s uniform heat-transfer abilities later in life.

To process the drums, the first step would be to remove the rust.  Rust is essentially a new material, called iron-oxide, which forms when iron bonds with oxygen in the air (oxidisation).  This process is very slow, and would take several months to actually damage the steel.  Our drums only have a surface layer of rust, which can easily be removed with industrial acids.  So the first step to prepare our drums, is to soak them in acids.  A few good scrubs and a day or so later, and the drums are perfectly smooth and rust free. 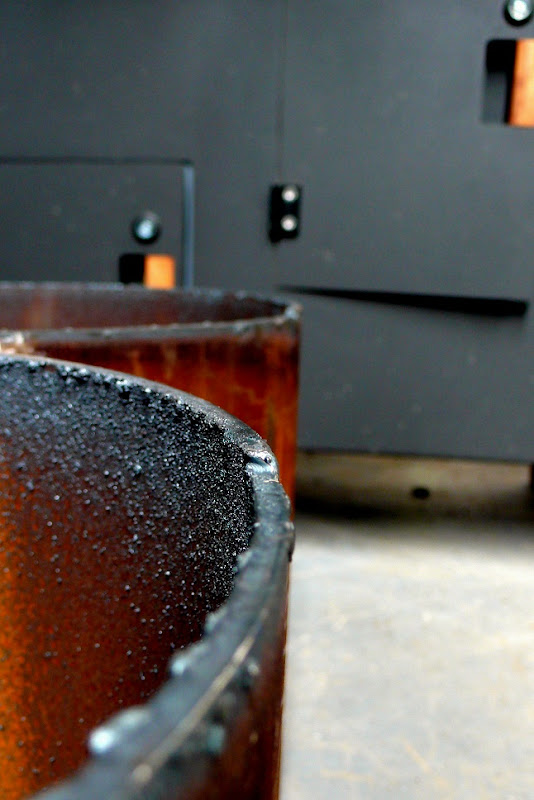 After acid-treatment, the drums are sent to our machinist.  The first job of the machinist is to remove the work-hardened ends of the drum that we discussed earlier.  To do this, the ends of each drum are trimmed of with a band-saw cutter.  The blade of a band saw runs at very low speeds and is constantly cooled by liquid lubricants to ensure that work-hardening does not occur.  The band-saw also has a clean cut, which helps to simplify the next step in preparing the pipes to become coffee roasting drums. 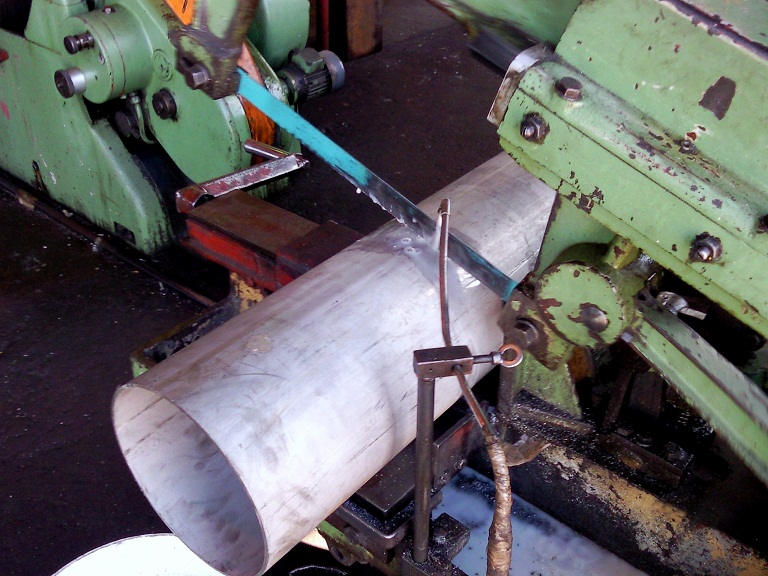 After the initial trimming, the drums are placed in a jig on a massive 500mm diameter lathe.  The lathe cuts tiny shavings off the drum one piece at a time until both ends of the drum are perfectly straight.  Without this step, the drums will never run close enough to the front plate of the roaster and you may see beans flying in every direction.  My explanation of this process is somewhat simplified…I’m not giving away all of our secrets!

After lathing, the drums are ready for welding.  I’ll do another post on welding when our 3 drums arrive back from their pre-processing. 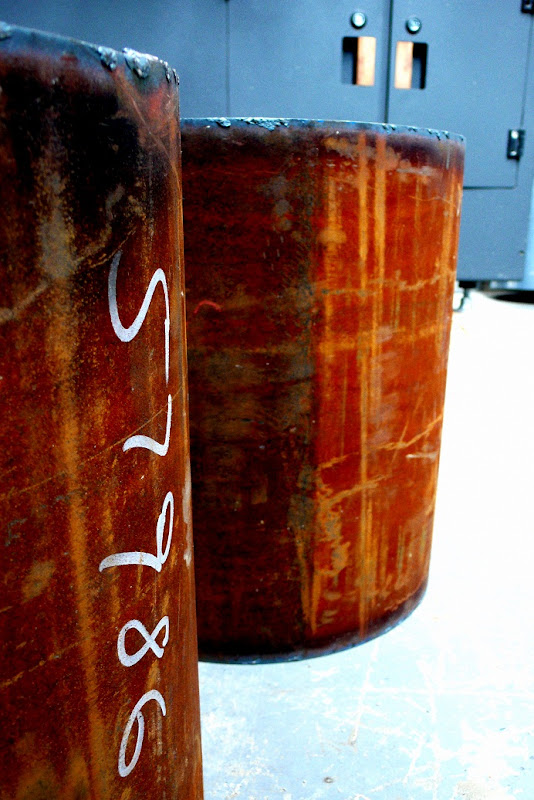